45 Years of West Side Montessori

West Side Montessori was founded as a Montessori preschool on November 1, 1975, by Lynn Fisher. The school has gone through many transformations since its founding. Classes were originally held in a Sylvania church sanctuary before a dedicated location for the school was found, in 1980, at the former Holly Farms shopping plaza on McCord Rd. and Bancroft St. 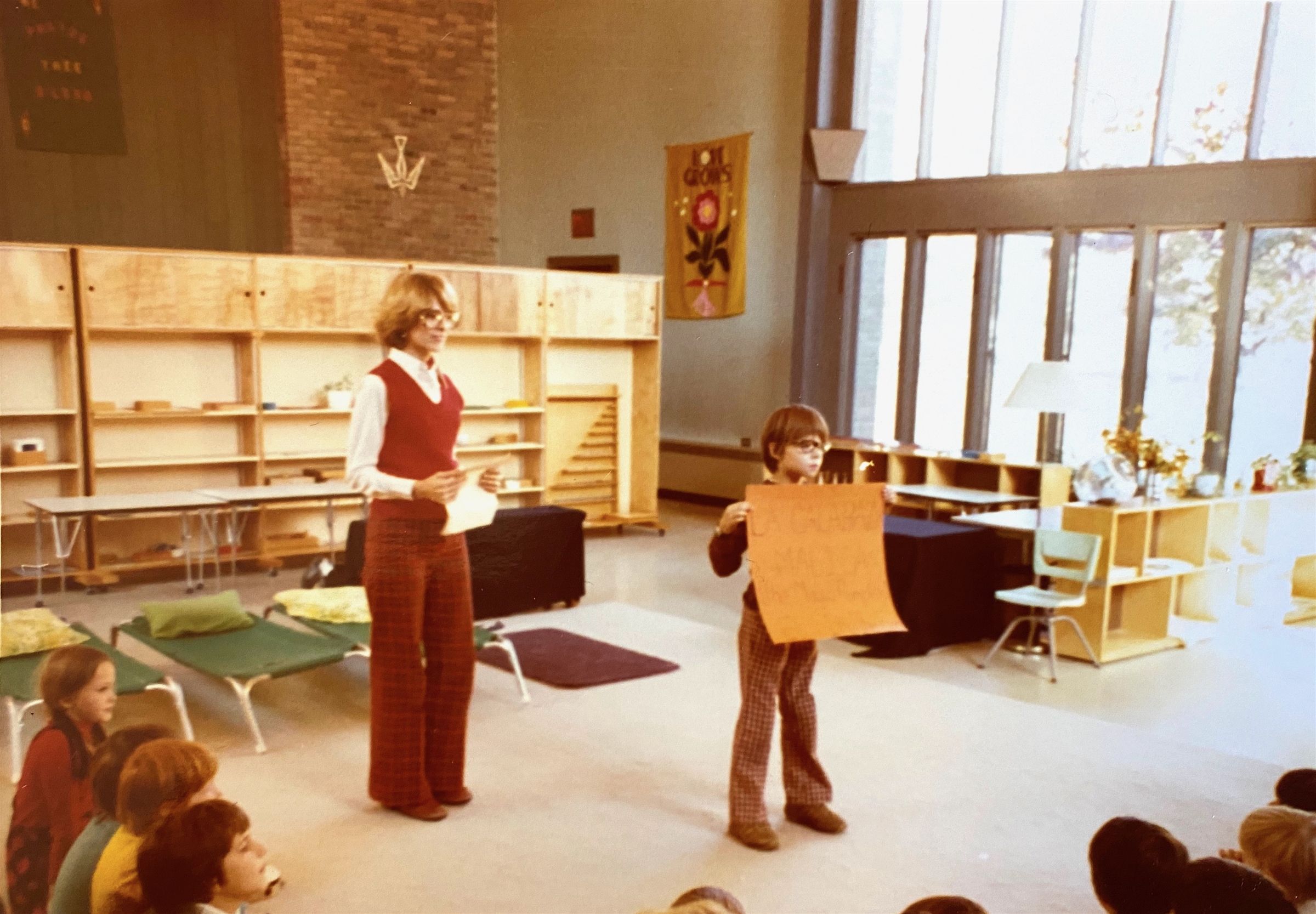 The first West Side Montessori classroom at King of Glory Lutheran Church in Sylvania
A house and several acres of land on W. Bancroft St. were purchased in 1990 with plans to accommodate increasing enrollment and a new Middle School program. Initially, middle school classrooms were set up in the house and outbuildings on the property while the rest of the school was still based at the McCord Rd. campus. In 1993, the first addition was built to provide more classroom space for the Middle School.

West Side Montessori further expanded in 1996 when the Board voted to take over another Montessori school in Perrysburg. The current Perrysburg Campus on Roachton Rd. was built in 2000 and has four classrooms for students ages 13 months through Kindergarten. 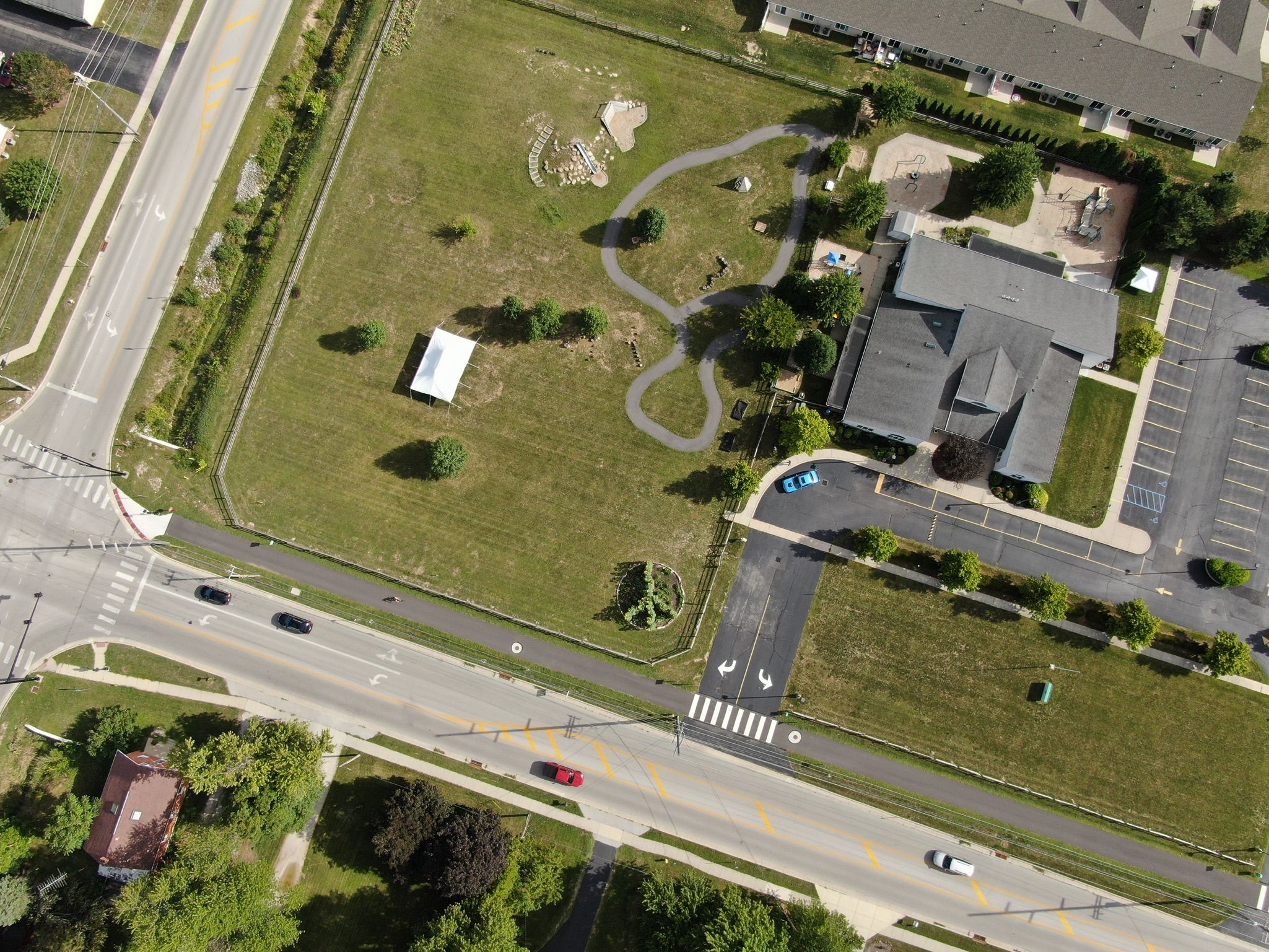 The Perrysburg Campus today
In 2012, the McCord Rd. campus was abandoned after additional construction made it possible for the toddler, preschool, and lower elementary programs to move to the W. Bancroft property.
West Side’s W. Bancroft St. location has continued to evolve in the past 30 years with the purchase of additional parcels of land surrounding the campus and building additions, most notably, in 2017 when the construction of the “keystone building” connecting different wings of the school was completed. The keystone building houses a gymnasium, art and music rooms, and a safe room that can hold up to 431 people and withstand an EF5 tornado with gusts up to 250 miles per hour. 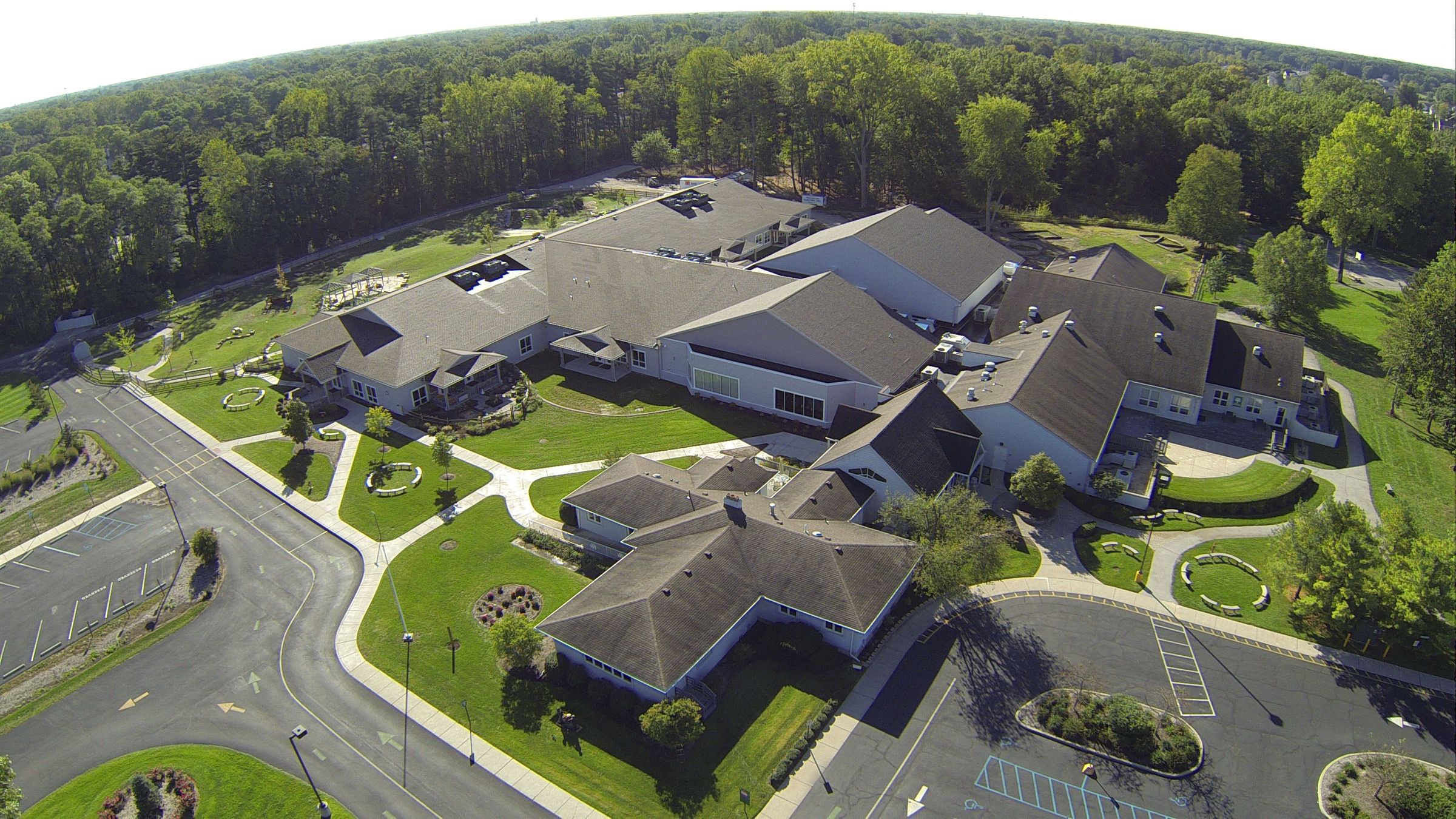 The Toledo campus after the addition of the Keystone Building
Founder Lynn Fisher remained the Head of School until she retired in 2019. Jennifer Schoepf, a long-time West Side Montessori teacher and administrator, assumed the role of Head of School in 2019.
The school reopened both campuses on August 12, 2020, after months of closures due to the COVID-19 Pandemic. It remains one of the only schools in the area that is open for in-person learning, five days a week for all students. The Toledo Campus has made use of its 37 acres of property, setting up additional outdoor classroom space and areas for students to safely congregate while maintaining social distance. Both campuses have patio spaces that are accessible to each classroom and vast natural play spaces for children to enjoy.
This fall was the inaugural year of The Fisher Outdoor Education Program. Named for Lynn Fisher and her late husband, Roger, it is the realization of Lynn’s ultimate vision for the school—to have a formal curriculum that emphasizes the connection between the classroom and nature, an essential component of traditional Montessori education. The program was designed to help toddler through 8th-grade students build their awareness, understanding, and appreciation of the natural environment that they are a part of. Outdoor Education is a movement with the intention of reestablishing the human connection to nature by building traits like creativity, resilience, and land stewardship. Moreover, children need room to practice skills like coordination and spatial awareness as they grow and build their sense of place. 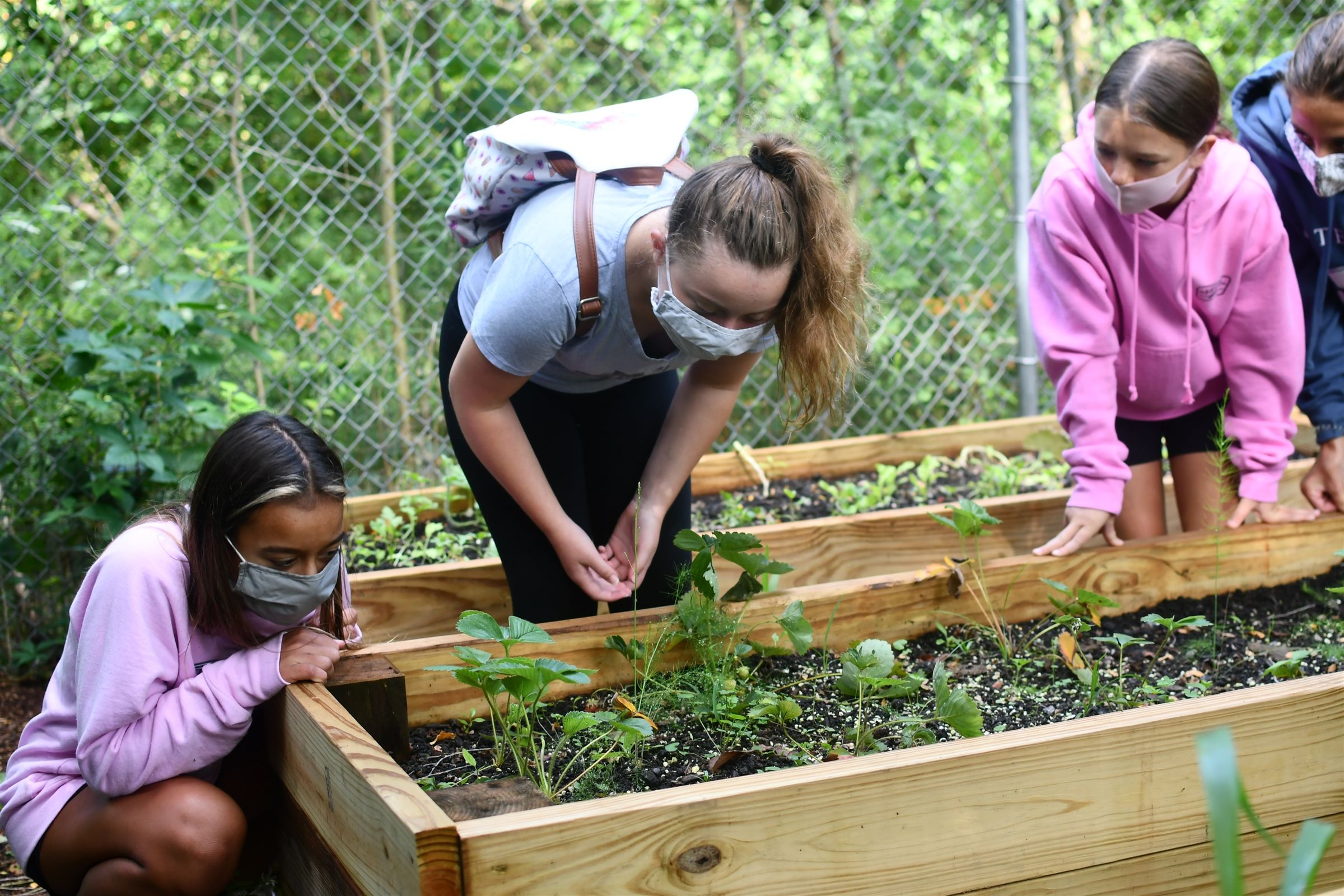 Middle School students in Outdoor Education class
A non-profit 501(c)3, West Side Montessori, guided by the educational philosophy of Dr. Maria Montessori, inspires children to discover their potential and produces independent, self-motivated learners who make decisions with integrity; confident communicators; and compassionate leaders.
West Side is one of only seven accredited Montessori schools in the state of Ohio and one of the largest Montessori schools in the country.
Back

Toddler – Kindergarten
13587 Roachton Rd.
Perrysburg, OH 43551
(419) 874-9385
West Side Montessori is an independent, accredited Montessori school educating children 13 months through 8th grade (preschool, kindergarten, elementary school and middle school). We are one of the leading private schools in Toledo, and the nation.