4/21/2021
Congratulations to Christopher Motz (‘01) and Eric Cooke (‘04) for earning the highest degree possible in their respective fields. 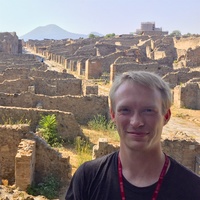 We reached out to Chris to learn a little more about his PhD and he shared the following:
"I completed my PhD in Roman Archaeology at the University of Cincinnati in March 2021. As an archaeologist, I study the buildings and objects that ancient people left behind. I’m interested in how “common” Romans lived and worked, and especially in how they shared knowledge. A lot of this is stuff thatancient authors, most of whom were pretty upper-class, didn’t write much about. Fortunately, archaeology gives us a window into daily life and allows us to recover a lot of this information. Over the last ten years I’ve conducted research at Greek and Roman sites in Portugal, Spain, France, Italy, Greece, Turkey, and Morocco, and at a Maya site in Belize. I’m currently involved with teams excavating at the Roman cities of Pompeii and Tharros (follow us on social media! @UCPompeii @UCTharros)."
After graduating from West Side, Chris went to Maumee Valley Country Day for high school. In addition to his PhD, Chris earned his BA from Oberlin College, an MA from Tufts University, and an MA from the University of Cincinnati. 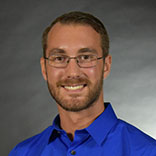 On April 5th, Eric Cooke (‘04) successfully defended his thesis, “Polygenic Resilience on the Association between Childhood Maltreatment, Delinquency, and Victimization” to earn his doctorate in Criminology from Sam Houston State University (SHSU).

Eric has accepted a position as a Postdoctoral Fellow in the Department of Psychology at the University of Alberta in Edmonton, Alberta. He will be working in an adolescent development lab and his main work will be focusing on a grant through the Alberta Motor Transit Authority (like our DMV) assessing factors influencing risky driving behavior in adolescents and young adults.
Before earning his PhD, Eric earned his M.A. in Criminal Justice at SHSU, and received his B.A. in Psychology and Neuroscience from Miami University in Oxford.  Eric went to St. John’s Jesuit for high school.
Congratulations to Dr. Motz and Dr. Cooke!
Back

Toddler – Kindergarten
13587 Roachton Rd.
Perrysburg, OH 43551
(419) 874-9385
West Side Montessori is an independent, accredited Montessori school educating children 13 months through 8th grade (preschool, kindergarten, elementary school and middle school). We are one of the leading private schools in Toledo, and the nation.